To idmobile.co.uk To iD Mobile
B
Userlevel 1
Hi
We have 3 family contracts with iD and this is the first time I have had serious problems.
I received a text from iD on 16th Nov saying I had used 80% data allowance. Didn't use much in way of data after this until I received a text on 20th Nov at 14.32hrs saying I had reached 100% data allowance. This was followed very quickly afterwards by a text at 14.37hrs saying I had used 80% of my credit limit. I then accessed my account later that evening and found that iD had decided to help themselves to £34.80 for using 393.47MB on that one day. I could have bought 35GB of bolt on data for that amount!!!
I phoned Cust Serv and supposedly it is fine to repeatedly charge me extra for data up to my credit allowance which because I'm on an older contract was automatically set at £75 (now £25 supposedly). After much arguing the assistant very begrudgingly agreed to lodge a complaint which I am still waiting to hear about a week later
Poor poor treatment of a loyal customer who will be taking all 3 contracts to another provider at the first opportunity

Hi Toro, you will be sent the message to warn you about 100% data usage when you've usage your standard allowance of data.

If you've then purchased extra data, this will show on the app to be available to be used. - Phil
View original

This is not good to hear, and we're sorry for the shock that has been caused.

It is true that some of our older tariffs didn't include bill caps, however this has changed since October and bill capping is available on all plans and the cap can be monitored and changed through your iD Mobile app or MyAccount online.

Ryan
Did my answer help you? If so, mark it as the Best Answer to help others! :)
T

I also received a similar message saying I have used 100 percent of my data and will be charged 10.24 for every 100mb out of plan rate. However, when I checked my bill it says with 2 days to go, I have loads of texts and calls left and 2.9 of 4.6 gb data left. I had purchased an add on of 3gb which expires on 20 January.
I don’t understand this at 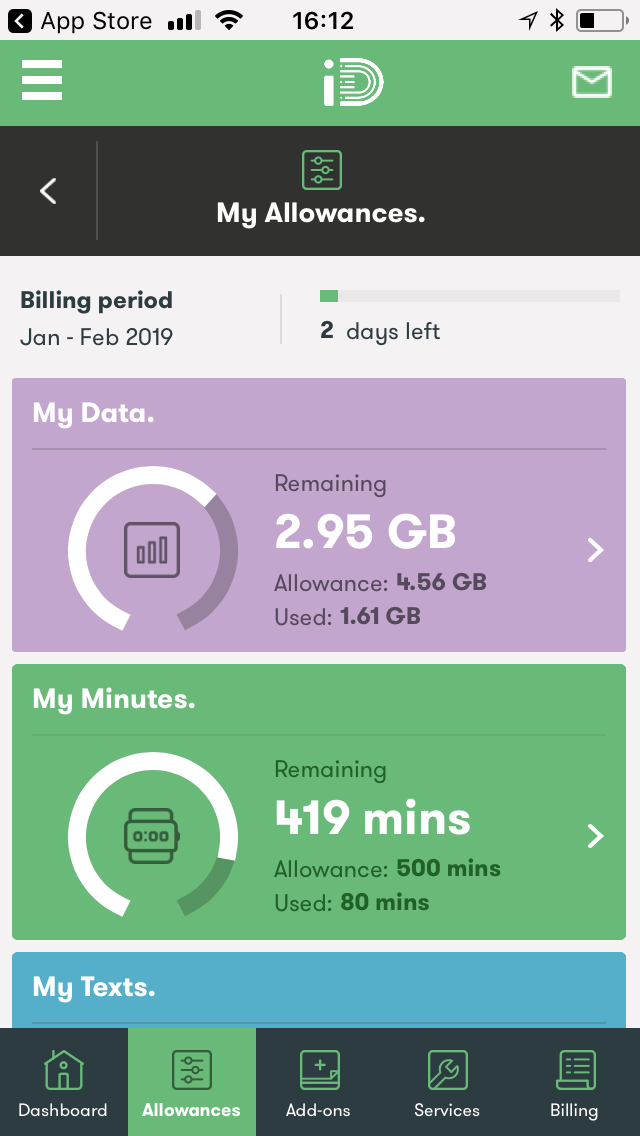 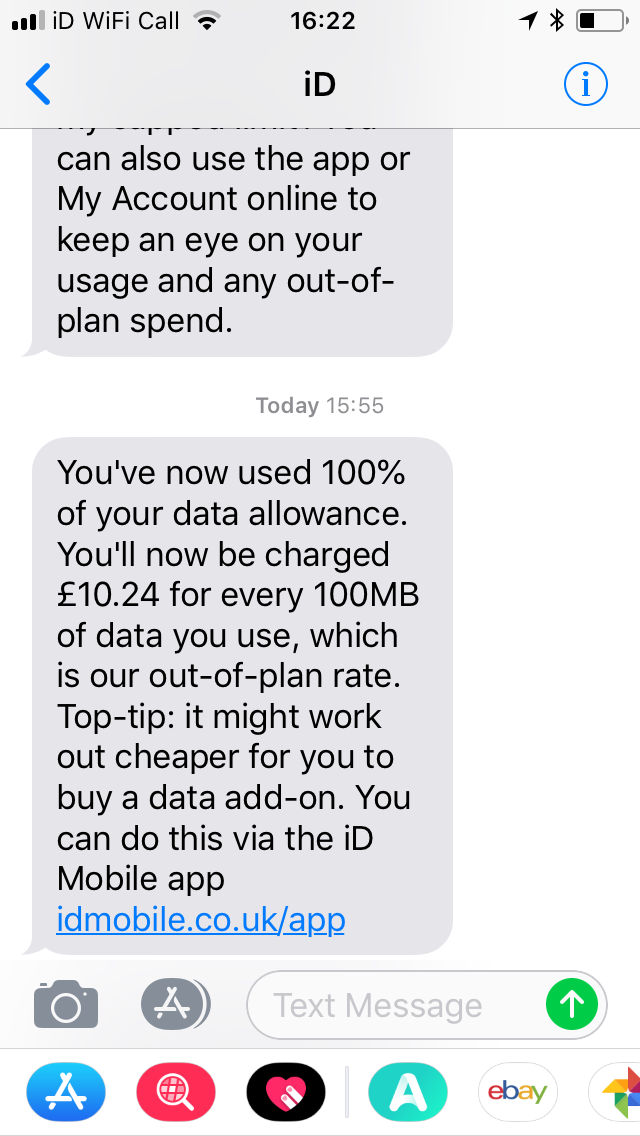 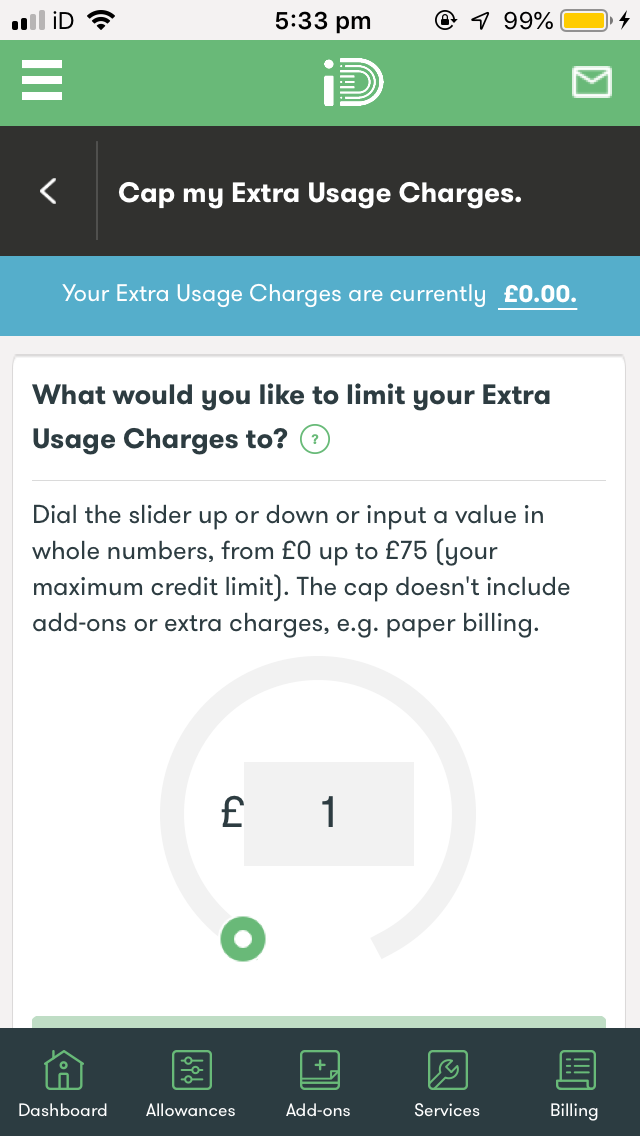 I would recommend that you change the extra usage cap so that you won’t spend too much if that ever happens again.

I have already done that Jai. My query is regarding the conflicting information. The message says I have used up my allowance but on checking the dashboard I have plenty remaining

+6
Hi Toro, you will be sent the message to warn you about 100% data usage when you've usage your standard allowance of data.

If you've then purchased extra data, this will show on the app to be available to be used. - Phil
Did my answer help you? If so, mark it as the Best Answer to help others! :)