To idmobile.co.uk To ID mobile
A

Received new phone by 29th November, had several issues, so I was told via the chat that I could return the phone as I had a 14 day cooling off period, which I did on the 6th of December.

I have a receipt from carphone warehouse that I actually returned it, they told me that the contract had been cancelled.

It had not so I contracted id mobile again was told that they had received the phone and that the contract would be cancelled.

I have also issued a breach of contract letter to the company, and yet they have choose to ignore it. 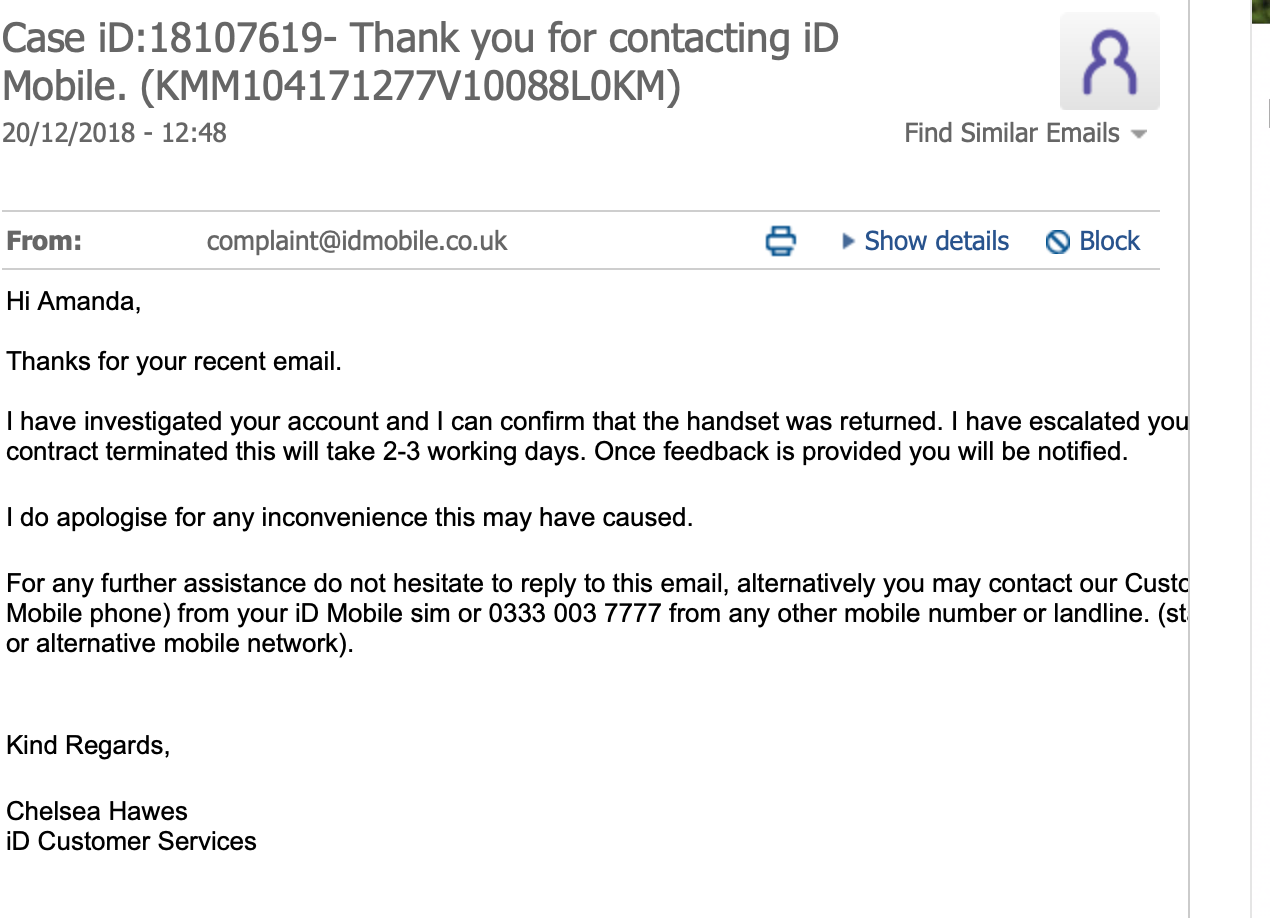 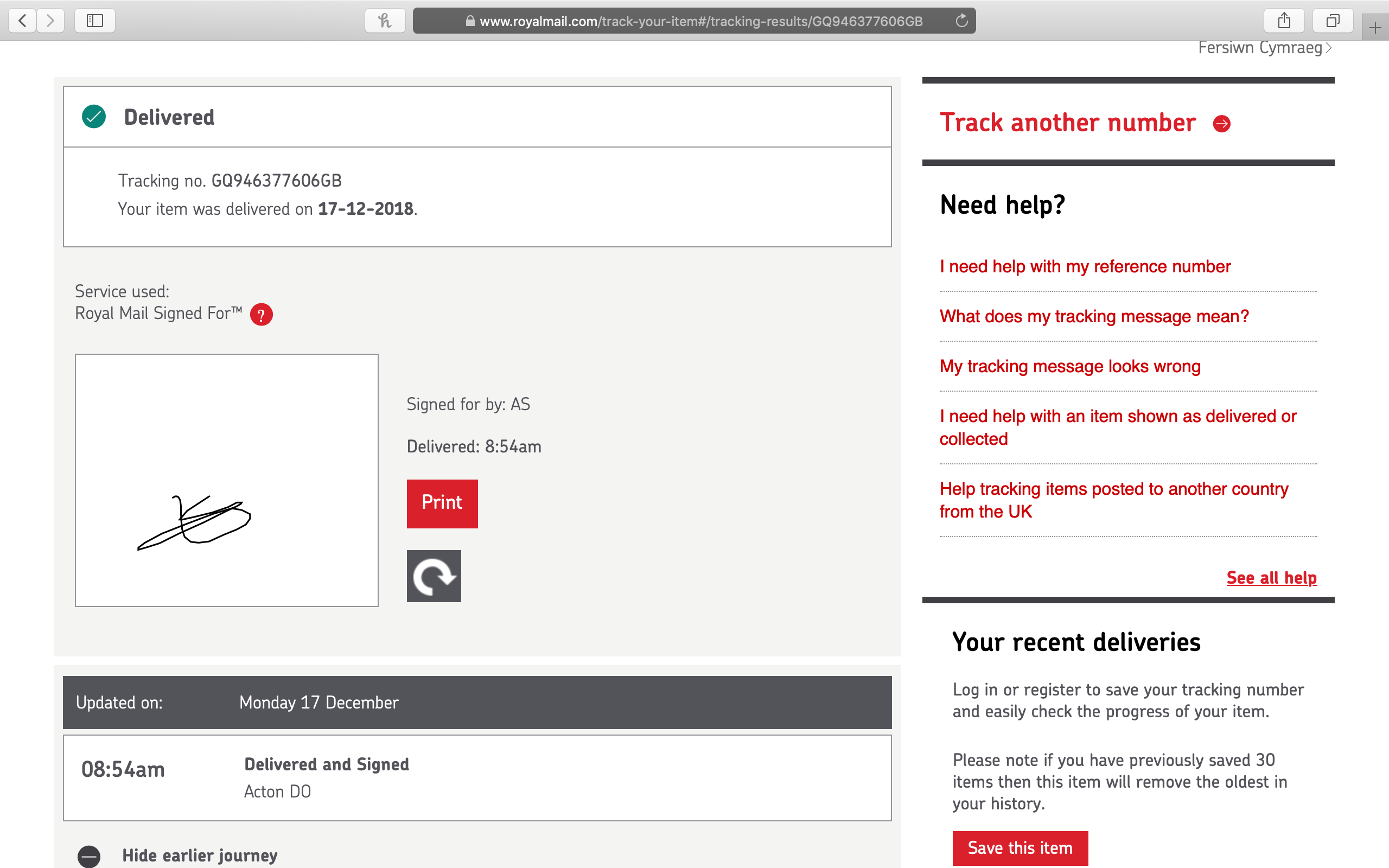 Thanks for the reply. Think I am about sorted, just hope now that I have settled balance, they don't suddenly reactivate the account.
View original

So sorry to see you receiving such service!

This is not what we expect to see from iD Mobile and hopefully this is investigated further and you get the money back. You definitely should not be paying for something you don't even have.

The only advice i can give you is to make sure you stay in contact and keep up to date with iD until this issue is sorted.

Dan
If this helps then please mark it as Best Answer to help others! :D
A

Hi Dan, thanks for the help, to be truthful done nothing but stay in contact with them, I am getting nowhere with customer service, I find them very unhelpful, they say the right words, I've had to endure this for two months, very frustrating, they know I don't have the phone so why are they trying to charge me for something I have not got. Thankfully I have cancelled direct debit the bank prompted this after I discussed the issue with them. But alas I'm getting threatening letters requesting money, I have now resorted to taking this to a legal matter.

It's disappointing to hear that this has still not been sorted since returning your order. We would like to investigate this further in order to resolve the situation as quickly as possible.

Please can you send us a copy of your message, via email, to CommunitySupport@idmobile.co.uk along with your Community Username, full name, full address, mobile number and date of birth so we can get started?

Thanks,
Ryan
Did my answer help you? If so, mark it as the Best Answer to help others! :)
A

Thanks for the reply. Think I am about sorted, just hope now that I have settled balance, they don't suddenly reactivate the account.

Shocking service id mobile underhanded and threatening customers when your in the wrong? You tried this one with me and now my daughter and what I’m reading you treat all your customers this way shame on you I or my family will not ever join you again!!!!!!

I’m sorry to hear you are having a similar issue here.

It’s definitely not something that every single customer faces but we would like to investigate further.

Could you clarify exactly what has happened so we can try to assist further and move this to it’s own topic if required?

Has my post answered your query? Then please mark it as answered so others can benefit.