Samsung’s next flagship is rumoured to be unveiled in February 2019. What can we expect from it? Here’s what the tech press is predicting…

When will the next Galaxy be released?

“We’re expecting Samsung to follow tradition and announce the new Galaxy during the first quarter of 2019: most likely around the end of February or the start of March during the annual Mobile World Congress show in Barcelona” T3

How many versions of the next Galaxy will there be?

“When it comes to the screen though it’s worth noting that there’s sure to be more than one size. In fact, this time around there might be three.
One of these, apparently codenamed 'Beyond 0', is said to have a 5.8-inch screen which might be flat. That would be the most basic model, but there's also said to be 'Beyond 1', which apparently has a 5.8-inch curved screen, and 'Beyond 2', with a 6.2-inch curved screen.
There’s also said to be differences in the three models’ fingerprint scanners and cameras, which we’ll get to in the relevant sections below.” Tech Radar.

What kind of display will the next Galaxy have?

“Tipster Ice Universe is back today with more information for the new Galaxy lineup. He’s shared both model numbers and screen sizes for the three new Galaxy devices that are reportedly due early next year. According to him, the three devices are:
• SM-G970: A 5.8″ flat display
• SM-G973: A 5.8″ edge display
• SM-G975: A 6.4″ edge display” wccftech

How many cameras will the next Galaxy have?


“The noises anticipate three variants of the new Galaxy, one of which has three cameras at the back.” Android Pit

“The newspaper, citing "people familiar with the matter", reports that Samsung is planning to launch four variants of the new Galaxy, including a 6.7in model - codenamed Beyond X - that will support 5G and pack six cameras; two in the front and four around the back.” The Inquirer

“The main lens will be the same 12-megapixel variable aperture lens that we saw on the Samsung Galaxy S9, joined by a 16-megapixel wide-angle lens with a 123-degree field of view, an f/1.9 aperture, but no optical image stabilization or auto-focus. The third lens seems to be the same one we saw on the S9 Plus — a 13-megapixel lens with a much smaller f/2.4 aperture, likely equipped with a 2x telephoto zoom.” Digital Trends 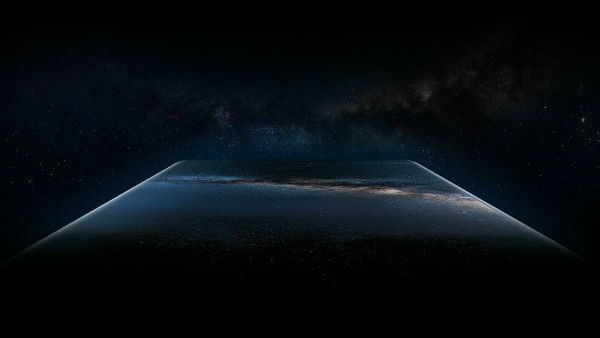 “Samsung has teased the new Galaxy will have a markedly different design from its predecessors, and rumors suggest it'll come in the form of a bezel-free Infinity-O screen with a cutout in the panel for the front-facing camera.” Tom’s Guide

Are you as excited about the next Galaxy as we are? Which features are you looking forward to the most? Tell us what you think below.
Be the first to reply!