It’s not long now until Apple unveils its next flagship phone, and the excitement has ramped up another notch with invites being sent out for a 12 September event at Apple's Cupertino campus. The invite doesn't even mention iPhone, or much of anything else, but that hasn't stopped the rumours from flying around. Here's our roundup of what the tech press is expecting from the next iPhone. Or iPhones, rather...

A trio of iPhones are expected

“Apple Inc. is preparing to release a trio of new smartphones later this year: the largest iPhone ever, an upgraded handset the same size as the current iPhone X and a less expensive model with some of the flagship phone’s key features.” Bloomberg

“With a screen close to 6.5 inches, Apple’s big new handset will be one of the largest mainstream smartphones on the market. While the body of the phone will be about the same size as the iPhone 8 Plus, the screen will be about an inch larger thanks to the edge-to-edge design used in the iPhone X.” Bloomberg

“We also expect the new models to feature a notch at the top of the display, incorporating the FaceTime camera and facial recognition sensors.” Macworld

“Judging by Apple’s previous launches, the new iPhone is likely going to be available for pre-order on 14 September, before the device officially goes on sale on 21 September.” Expert Reviews

“Apple is considering a gold colour option for the update to the iPhone X and the larger model. The company tried to develop gold for the current X handset, but abandoned it because of production problems. All new iPhones since the 5s came in gold, including the iPhone 8.” Bloomberg

“According to [reports]…the larger version of the new iPhone will include a triple rear camera. This has been implemented on rival phones, such as on the Huawei P20 Pro.”
“The triple-lens camera could improve the iPhone's augmented reality features and give it 3x optical zoom.” Telegraph 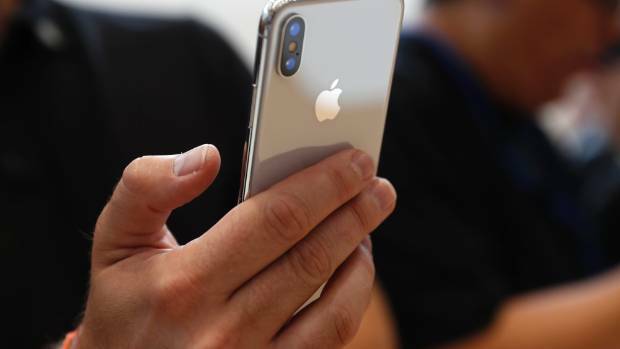 “Enhanced Face ID is expected, which may include support for multi-position recognition. That would be a godsend since you currently have to hold the iPhone X pretty much directly in front of your face to get an immediate, accurate Face ID authentication.” Forbes

“Apple's 2018 iPhones are expected to include a new 6-core A12 processor, and the A12, like all of Apple's processor iterations, is expected to bring speed and efficiency improvements.” MacRumours

“A new year brings a new chip, always. That means we are likely to see either an A11X processor in the 2018 iPhone models, or an A12 chip, depending on what Apple chooses to call it. Either way, it will no doubt offer performance improvements and possibly battery improvements if you're lucky.” Pocket-lint

Check out our best iPhone deals here.
Be the first to reply!